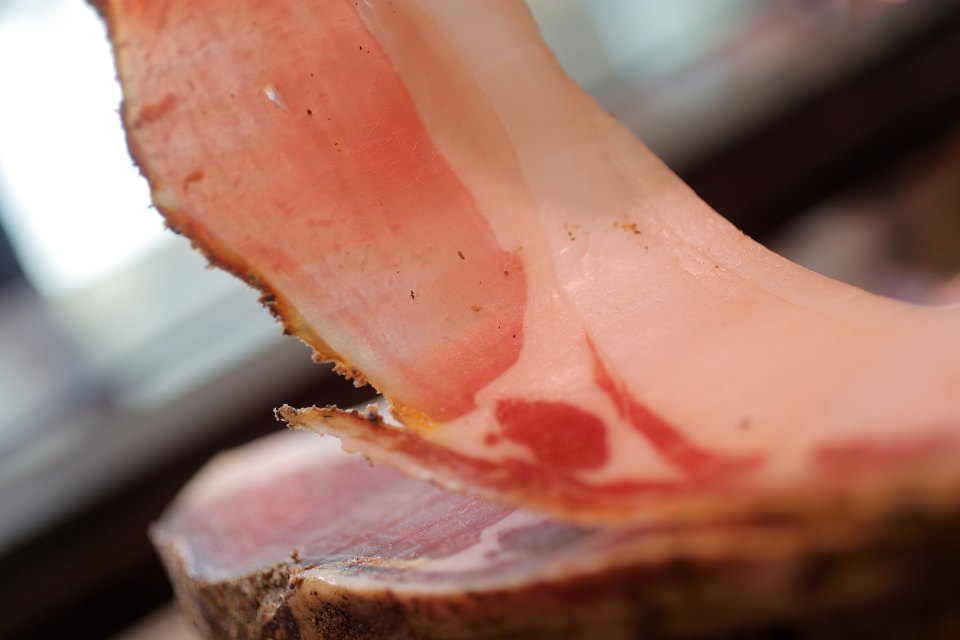 It comes from the rump and belly of large pigs, which weigh more than 200 kilos, the Tarese is a pork sausage of unusual size. It is a type of “ pancetta “ – bacon- , a large rectangle of about 50 cm x 80.

It’s ancient origins can be traced back to the need to preserve, with inventiveness, every part of the pig, in periods when there was no refrigeration and salting was the only way to preserve the meat. Its intense and strong flavour but at the same time delicate makes it a product of unmistakable taste.

A patient and accurate preparation makes it an emblematic product “ a pleasure that doesn’t know hurry” , in fact the slow maturation and the constancy with which  it is massaged gives  fat softness and sweetness to the Tarese; thanks to the spices of which it is covered its  flavour preserves sweet aromatic notes.

The processing takes place in three stages, initially the central part of the meat is boned. Then the meat is massaged with a mixture of pepper, coarsely ground red garlic, juniper and other spices, according to a secret recipe that varies from producer to producer. The flavoured piece is put under rock salt .  After salting, which usually lasts between 10 and 15 days, depending on the size of the piece, the Tarese is cleaned, washed and massaged again with a mixture of garlic spices and then started to ripen for a period of 60 to 90 days.