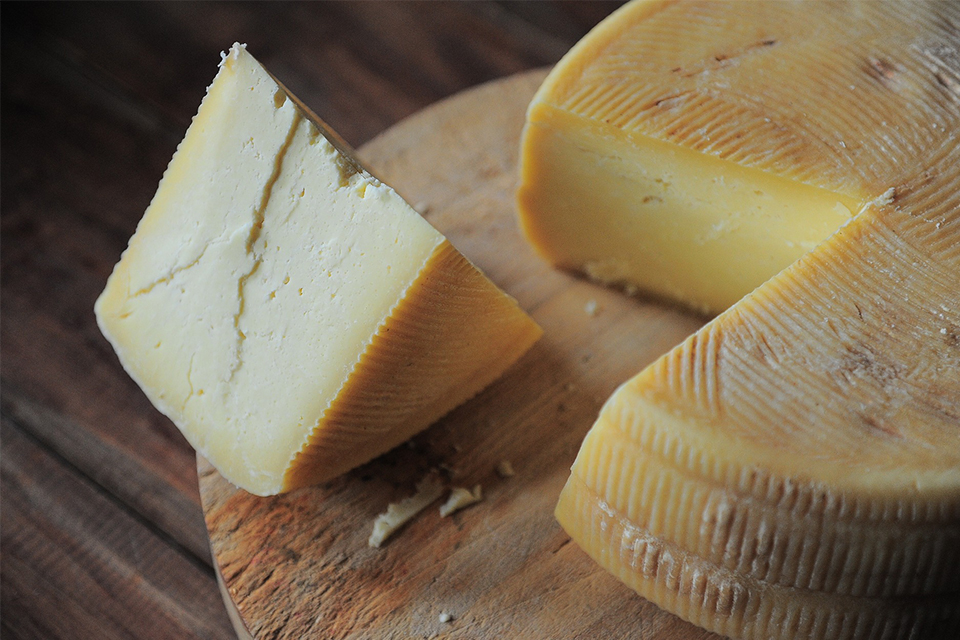 The secret of the unique and enveloping flavour of dairy products, such as Valdarno pecorino cheese resides in the pastures, where  fragrant herbs grow and give the sheep’s milk an unmistakable flavour. Many  types of pecorino are produced, fresh pecorino cheese with delicate and sweet taste, or more aged pecorino, with a more intense and marked taste, but also excellent ricotta and raviggiolo. In addition to the traditional pecorino cheese, in Valdarno (as in other areas of the Province of Arezzo),you can find  a pecorino called “Abbucciato”. The name derives from the characteristic rind that, with the aging, leaves a dark tough undercrust. The rind has a clear appearance and the paste, which ranges in colour from milky white to straw yellow, shows the presence of small holes, due to the processing of raw milk: as  the milk does not undergo any thermal process, it maintains all its organoleptic properties, its qualities are displayed, including aromas of grassy pastures together with a slight pungent bitter taste that  distinguishes the flavour of the Abbucciato. The cheese rounds, one by one, before being sold, must be subject to strict controls to verify that they  meet the requirements of the product specification, after which the trademark shall be affixed.