The Valdarno chicken and the White Valdarnese 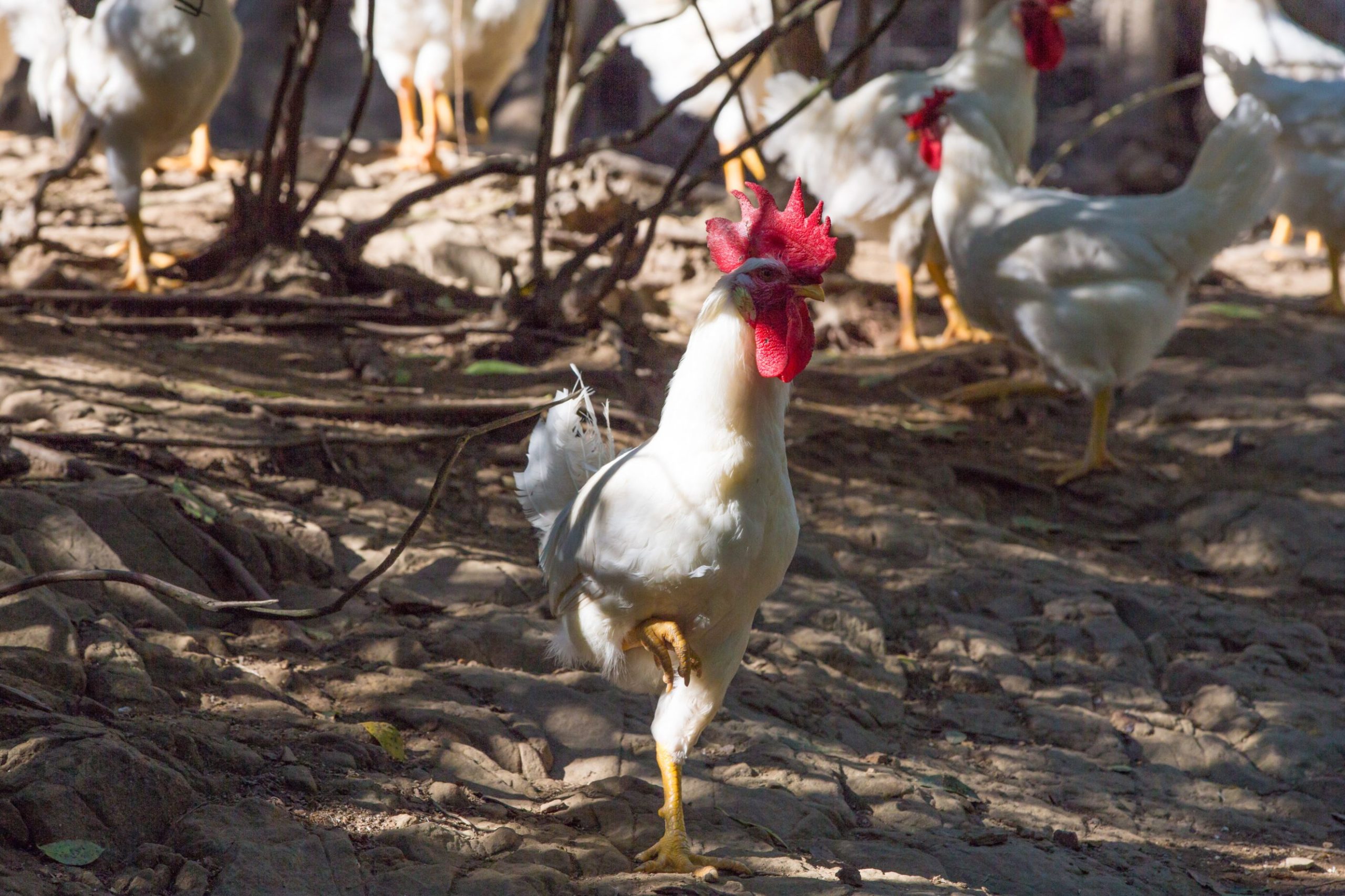 The Valdarnese Bianca breed is an autochthonous poultry breed of the Valdarno, whose selection dates back to 1957 thanks to the work of a group of Valdarno poultry.The breeding of the Valdarnese Bianca was closely linked to the figure of the sharecropping tenant. This breed was outside the sharecropper’s agricultural pacts, for this reason it  represented a way to increase family income.

Another  link has been found  between these chickens and the sharecropper’s wife : the name used to indicate the breed in  Valdarno was “buccole chicken”, that is, the gold earrings that the sharecroppers’ wives wore. A lover of the forest and open spaces, rebellious to any constraint, particularly allergic to enclosures , the Valdarnese Bianca is bred in the woods and in open spaces, in the free state.  It stands out for its white plumage , for its long  wings closely fitted to the body, its blood red coloured crest and wattles very developed, especially in cocks, and blood red coloured. A breed renowned for the excellent quality of meat with a particularly firm consistency, it is tasty and fat-free, fruit of the long period of outdoor breeding (from four to six months).

Another typical breed older than this territory is the Valdarno breed:  Pollo del Valdarno , the valdarno is a very rustic and strong chicken with  intense black plumage, the red crest is brought perfectly straight in the rooster and elegantly folded in the hen. Present in the rural Valdarno since the early nineteenth century; at the beginning of the twentieth century, this breed became quite rare. The bird became almost extinct but it was recovered at the end of the twentieth century  thanks to the meticulous selection work of some poultry farmers.